Dedicated to those who gave ALL in the line of duty ...

A Letter From a Citizen of Torrance 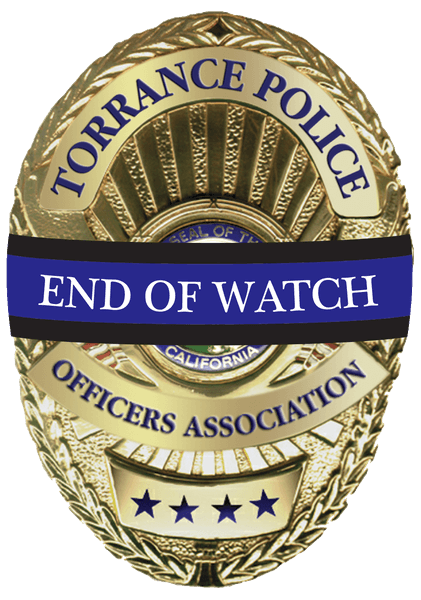 The year 1986 will indeed live in infamy for my family on so many levels. My family had lived in turmoil due to problems with a wayward child. At a loss of what to do, because nothing seemed to be working with this child, I called the Torrance Police, threw my arms up in the air, and pled for help.

Among the officers who responded to our plea was Officer Keller. He was attentive and made every effort to understand. There were other occasions when we called Torrance Police in reference to our child and on occasion, it would be Officer Keller…so, we got to know him a little.

One day, I was sitting deep in thought about our kid, when I heard a knock at my door…and there stood Officer Keller. I hadn’t called him…but there he was. He said that he had been thinking about me and was wondering how things were.

We talked for awhile as I filled him in, and he said he would stay in touch…and he left. Well, he couldn’t stay in touch because two days later, he was shot and killed.

Officer Keller’s kindness at a truly rough time for our family will never be forgotten. This old Marine knows a good man when he sees one. His kind are few and far between and will be greatly missed.

Semper Fi, Officer Keller, and thanks. 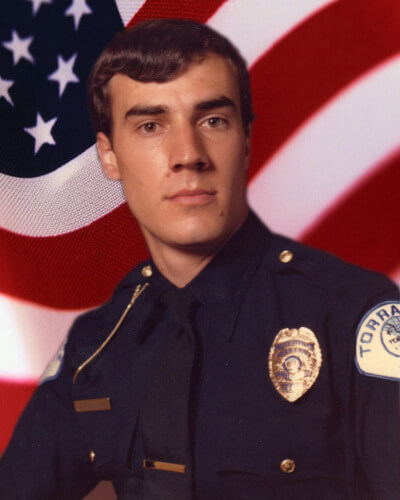 The fourth and last officer we have lost in the line of duty was Officer Tom Keller. He was shot on Thursday, April 17th, 1986, while responding to an armed robbery call in the Downtown Torrance area.

The suspect had entered the Torrance Sport Shop at 1421 Marcelina Avenue, displaying a handgun, at approximately 3:45 in the afternoon. Employees and customers were able to flee the store and call police.

Unbeknownst to officers, the suspect had armed himself with an M-1 Carbine rifle that the store owner kept for protection. As officers arrived, the suspect opened fire from inside the store, striking Officer Keller. Officers returned fire, wounding the suspect several times.

Torrance SWAT Team arrived, made entry into the store, and found the suspect dead from a self-inflicted gunshot wound. Officer Keller succumbed to his injuries at the scene.

Officer Keller was hired by the Torrance Police Department on April 26th, 1982. He had previously served with the United States Marine Corps and as a Reserve Deputy and Explorer Scout for the Santa Barbara County Sheriff’s Department.

Officer Keller was buried on April 23rd, 1986, at Calvary Cemetery in Goleta, California. 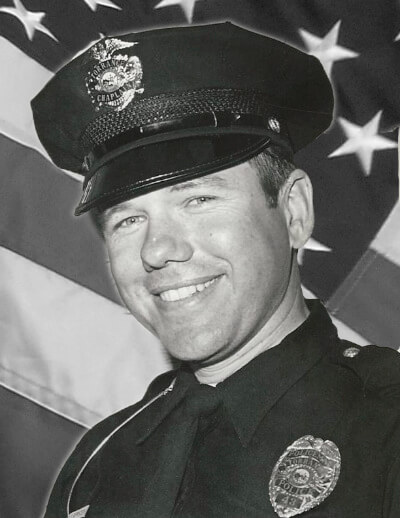 The Torrance Police Department lost our third officer in the line of duty when Detective Gary Rippstein was shot by an Auto Theft suspect on Saturday, December 21st, 1968.

Detective Holmes and Hermosa officers returned fire, killing the suspect. Detective Rippstein was rushed to the hospital where he later succumbed to his injury on Sunday, December 22nd, 1968.

Detective Rippstein was hired by the Torrance Police Department in April 1962. In addition to positions in Patrol, Detectives, and Services, Officer Rippstein, an ordained minister, was appointed to a newly created position as the Department’s very first Police Chaplain. 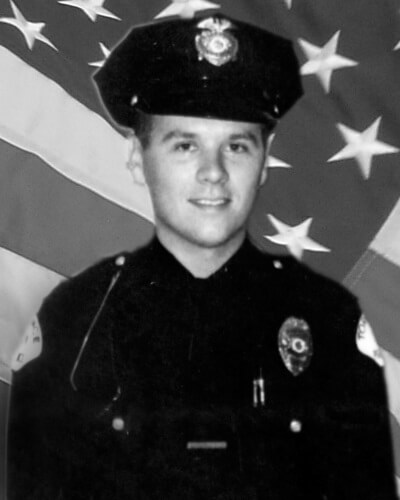 The Torrance Police Department tragically lost our second officer in the line of duty on Thursday, August 10th, 1967. Officer Seibert had responded to a silent robbery alarm at the Foods Company Market on Crenshaw at 9:25 in the morning.

Unbeknownst to him, an escaped convict was still inside the store, committing an armed robbery. Officer Seibert entered the market and was confronted by the suspect who shot him. The suspect fled but, thankfully, was captured two weeks later near Salt Lake City, Utah. On February 22nd, 1968, a jury found the suspect guilty of the 1st Degree murder of Officer Seibert.

Officer Seibert was hired by the Torrance Police Department on April 1st, 1965. A colleague recalls his friend Dave as someone who was always looking around to see if he could help people. 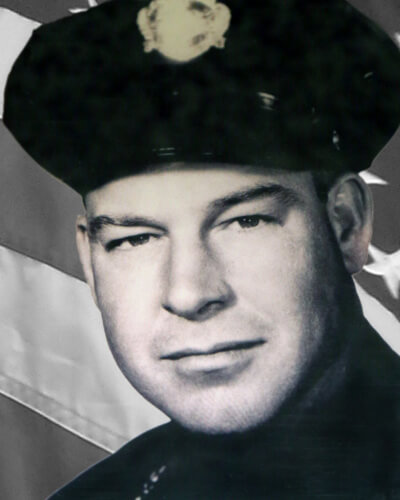 Tragedy struck the Torrance Police Department on Sunday, August 23rd, 1959, when we lost our first officer in the line of duty. Motor Sergeant William Lewis was killed while attempting to stop a traffic violator. He was struck by a vehicle in the intersection of Hawthorne Boulevard and Carson Street, which had no traffic signals at the time.

Sergeant Lewis was buried at Green Hills Memorial Park in San Pedro on August 27th, 1959. A total of 102 motorcycle officers from LA County agencies as well as the California Highway Patrol attended the services.